Lamina: The lamina is the flattened portion of the leaf.  Lamina is synonymous with blade. (Pic at Blade)

Lammas shoots: Extra leader growth extension late in the growing season.
Landing: The area where logs are collected for loading.

Landslide: An abrupt movement of soil and bedrock downhill in response to gravity. Landslides can be triggered by an earthquake or other natural causes. Undersea landslides can cause tsunamis.

Lapse rate: The rate at which the temperature of the atmosphere falls as altitude increases
Larva: 1. Scientific term for the young of any insects that undergo a complete metamorphosis in the course of development into adults. 2. (plural = larvae) The immature instars, between the egg and pupal stages, in an insect having a complete metamorphosis (egg, larva, pupa, adult). Larvae feed and grow but cannot fly, nor can they reproduce. The larvae of beetles are called grubs; those of butterflies and moths are known as caterpillars; and the larval forms of certain flies are called maggots. Types of larva: Campodeiform: It is elongated and flattened having long thoracic legs (involving or located in the chest) and usu cerci on the end of abdomen. Eg diving beetles, rove beetles, caddis flies and nerve-winged insects. Carabiform: This is a modified of the campodeiform .larva. it has flattened body sorter lgs and no cerci. Eg ground beetles, leaf beetles, and fire flies. Eruciform: The body is cylindrical with both thoracic and abdominal legs eg butterflies, moths, and scorpion flies. Scarabaeiform: The body is cylindrical and c-shaped with usu thoracic but no abdominal legs. Scarab beetles (mangourh), and pulse beetles. Elateriform: The body is thin, elongated and cylindrical with short thoracic legs eg click beetles and darkling beetles. Platyform: The body is broad with short or no legs eg some sypphid flies. Vermiform: The body is cylindrical elongated narrowing anteriorly and without legs eg flies, fleas, and parasitic wasps (kasabee a moungee).

Late burning: Controlled or uncontrolled burning late in the dry season after leaf fall where the trees deciduous.

Lateral buds: Lateral buds are dormant buds found at a node that will grow into a stem when they break dormancy.

Layering: The rooting of an undetached branch, lying on or partially buried in the soil, or surrounded by moist fiber sealed in a plastic wrap (air layering), termed a layer, which is capable of independent growth after separation from the parent plant.
Layering method: Regeneration of a forest stand using layerings.

Leader: The growing top (terminal shoot) of a tree. The distance up the main stem of the tree between each whorl of branches generally represents I year of height growth.

Leaf apex: The leaf apex is the shape of the upper tip of the leaf lamina (the end opposite the petiole).
Leaf base: A leaf base is the shape of the leaf lamina at its base.  As a general rule, this is where the petiole attaches to the lamina.
Leaf buds: Leaf buds are buds that develop into leaves when the weather becomes warm enough in the spring.
Leaflet: Leaflets are the laminas of a compound leaf.  Simple leaves contain only one lamina while compound leaves contain many lamina.  Leaflets describe these many lamina of a compound leaf.

Leaf scars: Leaf scars are places on the stem where leaves used to be.  Because leaves only live for a short time (usually one to five years) they are shed by the plant.  When the leaf drops off it leaves a scar.  The outline of that scar can be seen at the node.  Within the outline of the leaf scar there will be bundle scars, the scars of the old vascular bundles that attached the leaf’s vascular system to that of the plant.
Leaking mode: A surface seismic wave which is imperfectly trapped so that its energy leaks or escapes across a layer boundary causing some attenuation, or loss of energy.

Leave trees: Trees left in or just outside a harvest zone (often otherwise a clear-cut) to reseed the area. This is nature’s method of reforestation; but it is often slower, and it does not have the more assured results of direct seeding or planting. May also refer to trees left after a thinning.
Legumes: Plants that produce organic nitrogen from nitrogen gas in the air. These plants, which typically form seeds in pods, include soybeans, peas, alfalfa, lespedeza, and locust.

Lenticels: Lenticels are small places where the bark is pushed up in a lose fashion so that air can get to the cells of the stem for the purpose of respiration.

Lesion: A wound; a well-marked, but limited, diseased area; a break or rupture through a tissue, especially a surface tissue.

Levelling: It is the art of accurately determining and representing the relative position and dimensions of distinct features on portion of the surface of the earth in horizontal plane. (Compare Surveying)
Lg wave: A surface wave which travels through the continental crust.
Liberation: See release
Lift: A stage in the sawlog pruning regime for a tree; usually three separate lifts are needed to ensure a merchantable length of stem with a cylindrical knotty core without taper.
Lifting: Loosening and removing a plant from the ground as typically practised in nurseries.
Lifting the canopy: Removing the lower constituents of a canopy, e.g., the lowest undergrowth, shrubs, and small trees in a multistoried forest, mainly to assist the main crop, particularly for regeneration, but also for readier access.

Light burning: Burning prescribed at intervals of time so spaced that only a relatively small amount of fuel accumulates b/w successive burings and accidental fires shall be of low intensity, cause little damage, and be easily controlled. (SAF)

Lignin: Lignin is embedded in the secondary wall of plant cells that are dead when functioning.  Lignin typically stains red in prepared microscope slides.  Fibers, sclerids, vessels, and tracheids are cells that contain lignin.

Ligule: Ligule literally means tongue.  It is typically a small flap of plant tissue that is tougue-shaped. In grass leaves, it is a short extension of the sheath above the blade. (Pic at Grass leaf)

Limb up: Prune off lower branches of woody plants to (further) expose the main trunk or trunks.

Lintel: [14th century. < Old French < Latin limit- “boundary”; influenced by Latin limin- “threshold”] supporting beam: a horizontal beam that supports the weight of the wall above a window or door

Liquefaction: The process in which a solid soil takes on the characteristics of a liquid as a result of an increase in pore pressure and a reduction in stress. In other words, solid ground turns to jelly.

Litter: The uppermost layer, the L-layer, of organic debris on a forest floor, i.e., essentially the freshly fallen or only slightly decomposed vegetable material, mainly foliate (leaf litter) but also bark fragments, twigs, flowers, fruits, etc. This and the less decomposed humus are together often termed duff. (See duff).
Live burning: The burning of green slash progressively as it is cut.
Live-crown ratio: A rough but convenient index of the ability of a tree’s crown to nourish the remaining part of the tree; it is the percentage of the length of the stem having living branches.
Live load: weight borne by structure: the variable load or weight borne by a structure such as a bridge, in addition to its own weight. (See also: Dead load)
Livestock: animals kept for sale: animals raised for food or other products, or kept for use, especially farm animals such as meat and dairy cattle, pigs, and poultry
L-notch planting: Special form of slit planting involving two slits at right angles with the seedling placed at the apex of the L.

Loblolly-shortleaf forest type: An association of tree species common to the southeastern United States that includes loblolly and shortleaf pines and oaks.
Log: 1. to cut and deliver logs. 2. A tree segment suitable for lumber and other products, typically 8 or more ft long.

Logger: A person who is engaged in a logging operation; locally, one who moves logs to landings or skidways.
Logging damage: General term comprising wounds resulting from cutting, breakage, or crushing of trees that resulted from the felling and the removal of trees designated for cutting. May also include scoring of site and soil leading to exposure of infertile subsoil and soil erosion.
Logging debris: See slash

Log rule: A table showing the estimated or calculated amount of lumber (in board feet) that can be sawn from logs of given length and diameter. 1. Doyle rule.   A simple formula used in the eastern and southern U.S. It underestimates the yield from small logs and over estimates with logs over 28 inches in diameter. 2. Doyle-Scribner rule.   A combination rule, derived by using Doyle rule values for logs up to 28 inches in diameter and Scribner rule for logs larger than 28 inches. 3. International rule.   A formula allowing Y2-inch taper for each 4 feet of length and Vs -inch shrinkage for 1-inch board. In one form, it assumes a V8 -inch kerf; in modified form, it assumes a V4 -inch kerf. 4. Scribner rule.   A diagram rule, one of the oldest in existence. It assumes I -inch boards and V4 -inch kerf, makes a liberal allowance for slabs, and disregards taper. Official rule in many parts of the U.S., including the Pacific Northwest. 5. Scribner decimal C rule.   The Scribner rule modified by rounding off the last digit to the nearest 10 and dropping the zero’. Zeroes are added to total of volumes. Used in Oregon and Washington. 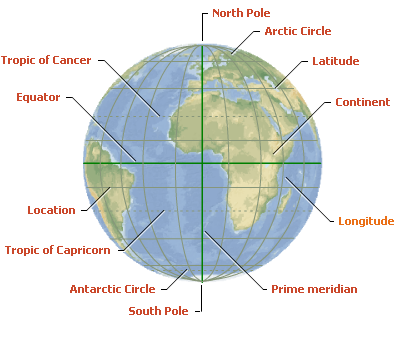 Lookout: 1. Fire spotter. 2. A station or post used primarily in the detection of fires, often an observation tower located on a high point of ground.
Looper: (Syn Inchworm) Geometrid moth larva: the larva of a geometrid moth that has legs only at each end of its body and moves by bringing its rear forward, forming a hump, then moving its front
Lop: 1. To chop branches, tops, or small trees after felling, so that the slash lies close to the ground. 2. To cut the limbs from a felled tree.
Lop and top: The branches and tops cut from a tree, generally once felled or fallen.
Lopping: Chopping branches, tops, and small trees after felling into lengths such that the resultant slash will lie close to the ground.
Lopping and scattering: Lopping the slash created after felling and spreading it more or less evenly over the ground without burning.

Low thinning: See thinning: low
Low-velocity zone: Any layer in the Earth in which seismic wave velocities are lower than in the layers above and below.
Lump-sum sale: A timber sale in which an agreed-on price for marked standing trees is set before the wood is removed (as opposed to a unit sale).
———-
Corrections and Suggestions are most welcome. Please use the comment section for feedback. If you see any missing terminology or any updated one or any latest term please use the comment section for the purpose. Also, if you have any image or data related to any above terminologies, don’t forget to mail me at tulaib_javid@yahoo.com.
Regards
Naeem Javid Muhammad Hassani